Maglev levitation trains: how do they work and what are the advantages? 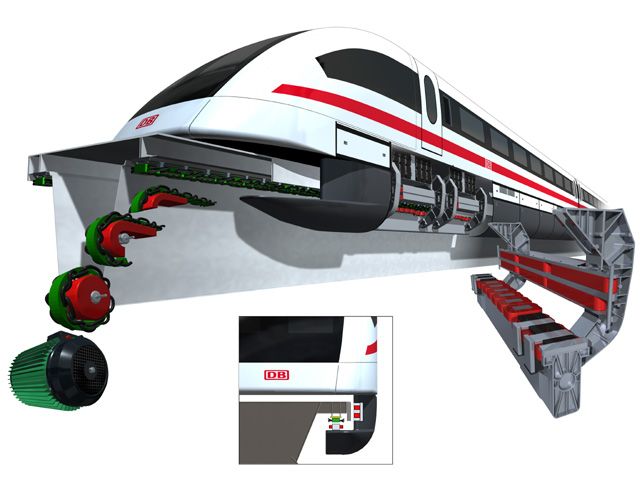 The Maglev system seems to be the future of high speed, but how does it work?

These trains float above the rails using the basic principles of magnets to replace old steel wheels and track trains.

There is no friction, which means that these trains can reach speeds of hundreds of kilometres per hour. Yet high speed is only one of the main advantages of magnetic levitation trains. In fact, since trains in very few situations touch the tracks, there is much less noise and vibration than typical wheeled and tracked trains. Less vibration and friction cause fewer mechanical failures, which means that magnetic levitation trains are less likely to encounter delays due to weather conditions. The first patents for magnetic levitation technologies (maglev) have been filed by the American engineer Emile Bachelet of French origin since the early 10's. 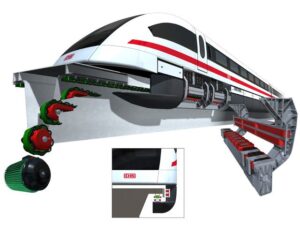 It wasn't long before engineers began designing railway systems based on this futuristic vision. Soon, they believed, passengers would board magnetic-powered wagons and move from one place to another at high speed, without the maintenance and safety concerns of traditional railways. The big difference between a magnetic levitation train and a conventional train is that magnetic levitation trains do not have a motor, at least not the type of motor used to tow typical railway cars along steel tracks. In fact, instead of using fossil fuels, it uses the magnetic field created by the electrified coils in the rail walls and in the track it combines to push the train.

If you have ever played with magnets, you know that opposite poles attract each other and vice versa, this is the basic principle of electromagnetic propulsion. Electromagnets are similar to normal magnets in that they attract metal objects, but the magnetic traction is temporary. You can easily create a small electromagnet yourself by connecting the ends of a copper wire to the positive and negative ends of an AA, C or D battery. This creates a small magnetic field. If either end of the wire is disconnected from the battery, the magnetic field is eliminated.

The magnetic field created in this experiment is the simple idea behind a magnetic levitation railway system.

In the next article we will go into the operation of the tracks and the way the traction is transmitted.